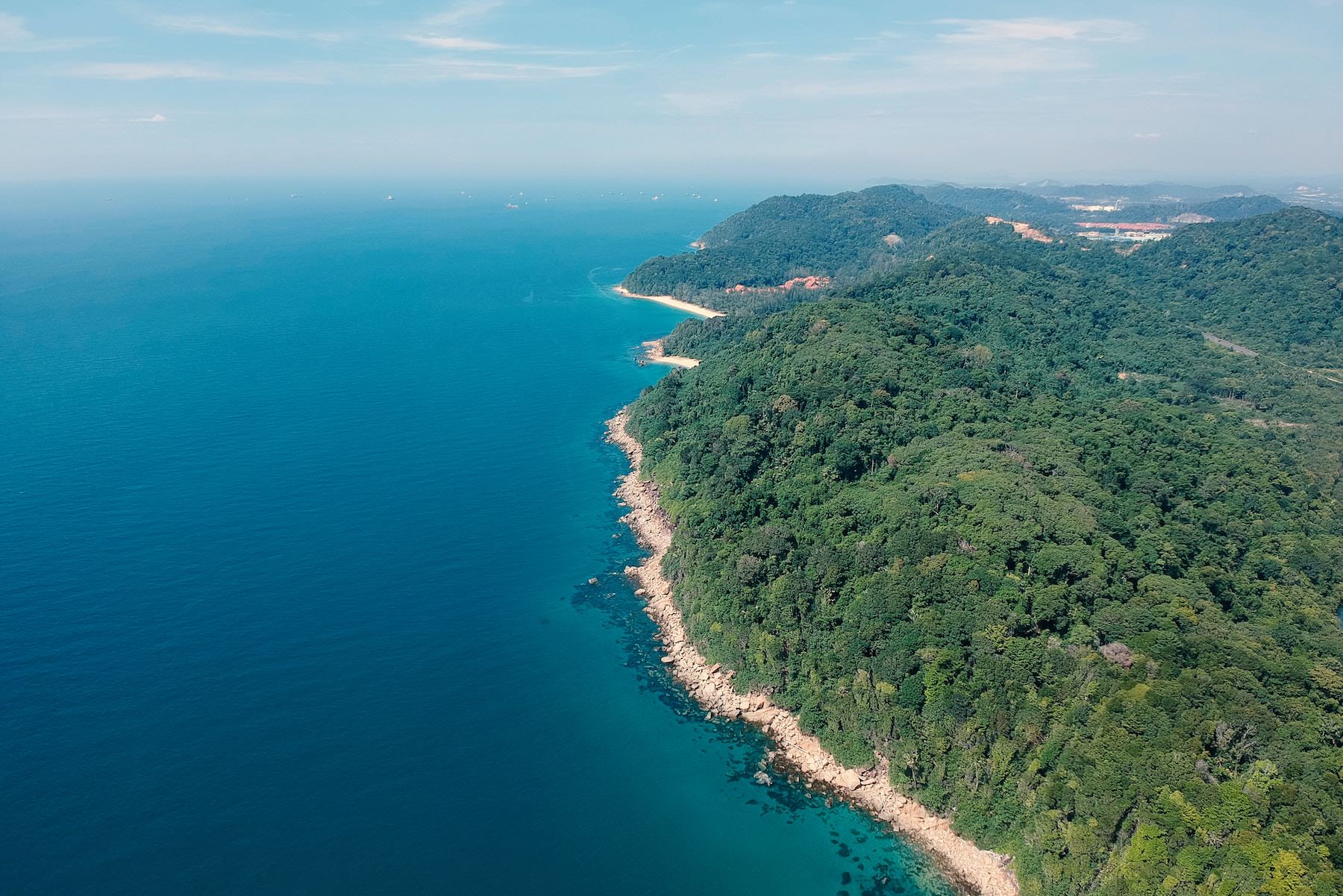 The sound of waves crashing on the shore is one of the most soothing sounds, making the coast a great location for a relaxing and scenic elopement day. The beach is also romantic: perfect for saying your wedding vows as the sun sets over the water.

We love helping couples find the right type of setting to celebrate their elopement, so if you’re dreaming of having your wedding day on the coast, this list is for you. Since not all beaches feel or look the same, we made sure to provide plenty of inspiration to help you find the spot that feels most “right” for your unique elopement experience.

Here are our top places to elope on the beach or coast:

The Southernmost Point of the United States is a chain of islands surrounded by waters of the Gulf Coast to the west and the Atlantic Ocean to the east. Some of our favorite aspects of this area is that there are dozens of beautiful all-inclusive resorts, bed-and-breakfast inns, and even some of the best campgrounds in all of Florida.

There’s a wide range of activities to do during your elopement day, from snorkeling, scuba diving, kayaking and more, to visiting Dry Tortugas, a historic national park 70 miles west of the Keys. And for book nerds like us, you’ll also enjoy checking out the Hemingway House (which you can even get married at if you’d like!).

If you’ve been looking on Pinterest already for coastal elopement ideas, chances are you’ve stumbled across the idea of eloping to Big Sur. This rocky coastline of central California has boomed in popularity for elopements and we’re not surprised.

It’s got a more adventurous vibe and far enough away from larger cities to feel a little more secluded, especially if you aim for a weekday morning here. And it’s within a close drive to one of our favorite towns in California: Carmel-by-the-Sea.

For something a little more “moody” in Northern Cali, consider exploring the peninsula of Point Reyes. Located north of the San Francisco Bay, Point Reyes has a nice mix of coastlines, Monterey cypress trees, and wildlife like tule elk (the only place in the National Park system where they can be found). And like other portions of this side of the state, mist and fog tend to roll in often, giving the place a darker, mystical vibe that might just be perfect for you.

Farther south on the west coast, Channel Islands National Park feels almost like you’re not even in the US. This chain of five islands out in the Pacific Ocean seems more like a scene you’d find somewhere in Europe or South America, dubbed the “Galapagos of North America.”

Unlike other locations on this list, you’ll need to factor a few extra things when it comes to transportation and overnight stays. Visitors can only access the park by concessionaire boats or private boats, and once on the islands you can only access the islands by foot, private boat, or kayak (no bicycles or cars). There is also no lodging in the park, but you can plan to camp overnight.

We love this place as an option to get away from the crowds, feel like you’re on the edge of the earth, and yet still somewhere you can elope in California.

For those living in the Northeast, heading to Acadia National Park in Maine might be the best regional location to elope on the coast. Not only is it one of the most scenic places along the shores of the Atlantic Ocean, but you also can access forests, mountains (like Cadillac Mountain, the highest point on the East Coast), and see wildlife like whales, seabirds, moose, and bears.

Love the Southern charm of downtown Savannah? With its close proximity to coastal islands like Tybee Island, this spot in northern Georgia is a nice relaxing place to elope. Not to mention plenty of great food and drinks!

There’s no way we could create a list of best places to elope on the beach without mentioning the Hawaiian islands. The beaches in Hawaii are extremely unique, including black sand beaches made from ancient volcanic lava and “Red Sand Beach” formed by stones from the cinder cone on Maui.

Should you decide to elope in Hawaii, you’ll also benefit from having access to a variety of other types of climate. For example, the Big Island has eight (8!) total climate zones, making it one of the most ecologically diverse places on Earth. You can access the tropics, mountain tundra, and desert all within a few hours. So if you don’t want to settle for only one type of scenery, the islands here are a top option to also enjoy forests, waterfalls, volcanos, and mountains on your elopement day.

Although not a state, Puerto Rico is an American territory and an easy location to access that feels like an international destination without going too far from home. It’s the type of place you’ll find relaxing beaches, tropical drinks, and plenty of flavorful cuisine. And without the price tag of many expensive Hawaiian destinations, you still get the chance to experience mountains, rainforests, and waterfalls for your elopement by choosing Puerto Rico.

The entire Pacific Northwest is filled to the brim with moody, jagged coastlines that are perfect for adventure elopements and small weddings. In Oregon, our favorite spots include the famous Cannon Beach (from The Goonies movie), the private hidden beaches around Yachats and Newport, and the lesser-known southern rocky coast near Brookings.

While the rocky coast of Oregon has boomed in recent years, the beaches along Washington’s Olympic National Park are still much quieter and offer very similar types of scenery. Elope on the Olympic Peninsula, and you can not only say your vows on the beach, but also experience hot springs, serene lakes, snow-covered peaks, and thick rainforests with some of the largest trees in the nation.

Another favorite location of ours in the PNW for elopements is Deception Pass State Park. Some of the trails lead out to green-covered cliffs overlooking Puget Sound, where you can see other islands and rock formations down below, giving a sort of “coast of Ireland” vibe.

Skyewater Photo + Film is a photography and videography team that specializes in destination weddings and adventure elopements all over the US.

Whether you’re looking for a meaningful wedding video or an adventurous elopement photographer, contact Skyewater Photo + Film for your big day! 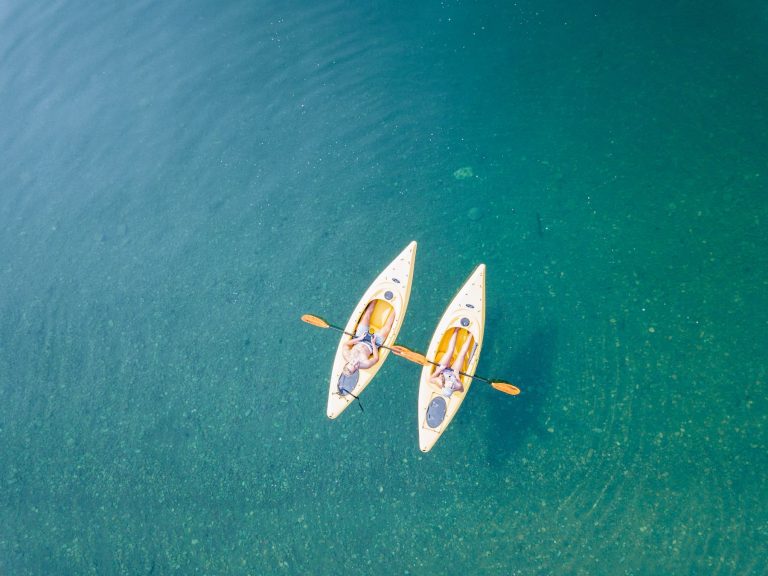 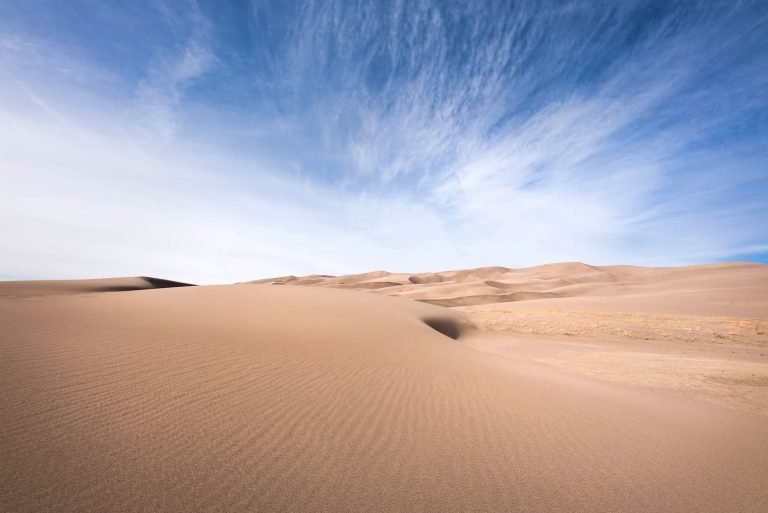 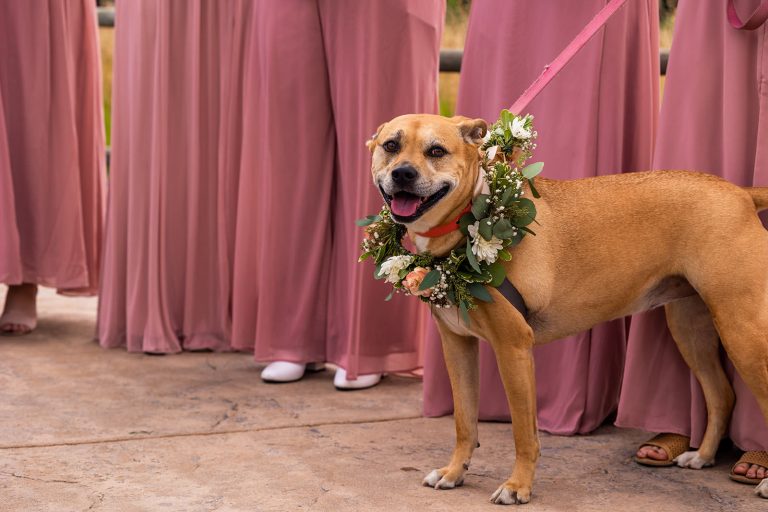 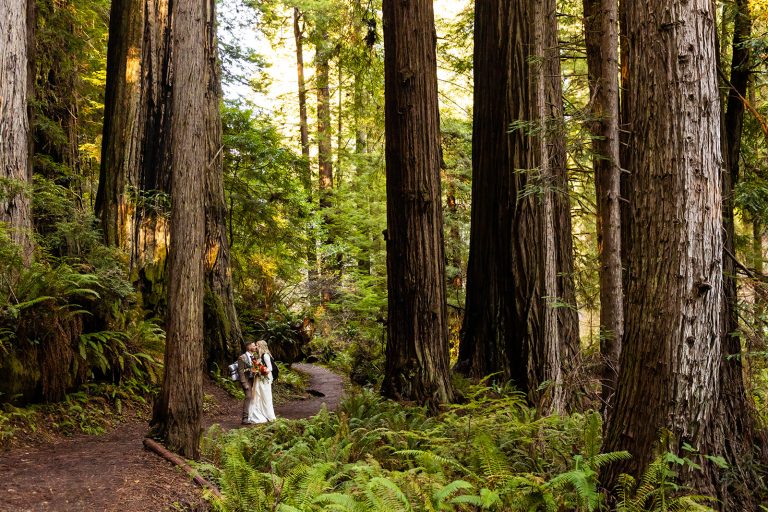 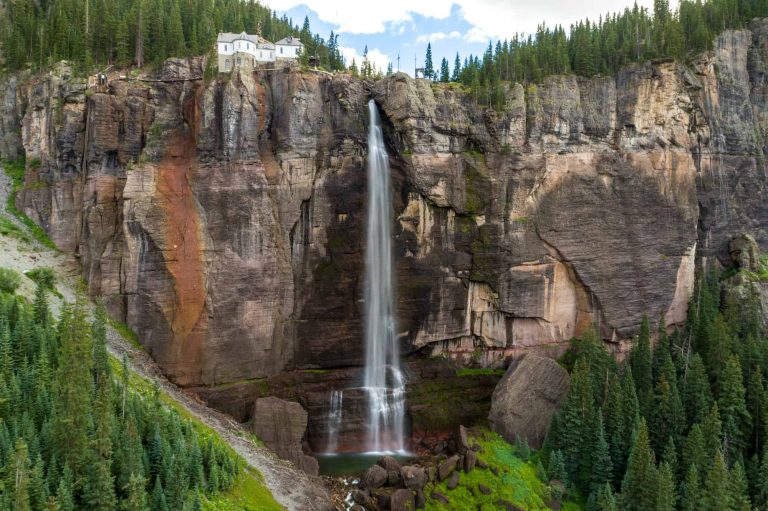